Back to the Beginning

A long time ago in a wilderness far far away… The lifestyle my family lived was/is very… unique. Growing up we had no video games or TV (we had movies on some occasions), that left my brother and I to think of things to play on our own.
Share on facebook
Share on twitter
Share on pinterest
Share on email

Why do I write? Where did it all begin?

Let me take a second and answer the first question, because that’s all it’s going to take, a second.

Why do I write? That’s easy, I have a passion for writing and I feel like God has given me a gift for it. But I’ll let you, the reader, judge that, maybe I don’t have a talent for it at all, it doesn’t matter either way because I love it. But more than that, I am a writer (whether good or bad), it is in my blood, it is part of who I am. I learned a long time ago that I’m not going to hide who I am or water myself down, so I write. Now onto the meatier question!

Where/when did it start? That’s a very good question, but to answer it I have to go way back to the beginning. A long time ago in a wilderness far far away… The lifestyle my family lived was/is very… unique. Growing up we had no video games or TV (we had movies on some occasions), that left my brother and I to think of things to play on our own. When we were not playing with Legos, building roads and towns for our Hot Wheels, or smashing unwanted toys with rocks, we were playing imaginary games. Now let me explain as this generation I feel does not know much about that anymore and in that we have lost something. Our imaginary games were a cross between “cowboys and Indians” and what you would now call Roleplaying. We would use props (usually sticks that looked like swords, guns, or other weapons) or just our imagination, and go on grand adventures. But we didn’t just play for a day and then be done, oh no, we would play for days on end, the same adventure, continuing where we left off.

When we were out at our lodge in the “bush”, we had some old pieces of plywood nailed to the ground that we made into a raft, complete with table, chairs, shelves, flag, and of course a weapons cache! (I wish I had a picture of it because it was epic for two young boys) We would go on many adventures along the lines of Indiana Jones-find the treasure, kill the bad guys, and rescue the damsel in distress. It was one hell of a way to grow up and it not only grew our imagination but our bond as brothers, which is still strong today (you will come to know this as a lot of my stories have this brotherly bond).

We moved from Alaska to Colorado when I was twelve, things began to change. We still didn’t have TV and video games (I didn’t get my first GameCube until I was fifteen), but we began to watch more adult movies and play games with friends. Around this time I was introduced to the Fantasy genre, and it was life changing! Now instead of Indiana Jones style adventures we were having Lord of the Rings adventures. But after a bit the same old worlds were boring so we began to incorporate everything into one BIG world.

Now you may ask, how long did you play these games, isn’t twelve a little old for that kind of stuff? You are never too old for that kind of stuff! Your imagination is something that should not be squashed when the real world presses in on all sides. Let it flourish and I guarantee you it will feel amazing being able to be like a kid again. Because I for one, never want to grow up! But back to the question how long did we do this? Honestly, I am still doing it today at twenty-five years old and loving it!

As we grew the world and characters became more elaborate. I would make my brother and other close friend, Jake, (he’s basically a younger brother) sit there for hours as I constructed a back story and set the scene. After a time, I began to realize I was not content with the world that was a giant mish-mash of all these different fantasy universes and I began to change things. I would keep some things but make them my own and take out others; soon it became a chimera of fantasy worlds.

We got to a point when my brother and I were in high school, and Jake was growing older (he was only seven when we started), that we were tired of always losing interest with the storyline after a week or so because they were all stale. So I sat down and worked out a basic plot and some characters. At this point in our games, I was like a DM, I would create the situations/events and Jake (he was the “main character” at this time) would have to act accordingly with my brother being a support and often more powerful character. This particular game stuck, we kept the plot going and let Jake’s character, Lowen, become more powerful and take on more responsibilities in the game universe and I’d punish him by killing off his companions if he made horrible choices. This certain storyline is amazing, let me tell you, and it will be the main storyline set in Torrea. It needs some polishing, as you can imagine, flying off the cuff with a lot of the small details while we were playing made for some rough stuff. But the main plot and the characters are all one of a kind and superb. Be looking forward to this series because it will be a combination of a lot of concepts, characters, creatures, magic, and all kinds of other goodies.

Somewhere in here, during high school, I began to write (I started back in middle school, but those stories were atrocious) and I began to polish Torrea. By the time I graduated, I had plans for multiple storylines with different characters interwoven with each and branching off. The best way I can describe it is like a tree, Lowen’s Quest (as we call the main game we played) is the trunk and all these other stories are the vines and branches along that tree. The Weapon (my first novel) is just a small piece of a very larger picture! I started The Weapon back in 2010, and only got a few chapters into it, sitting there for six years it grew in my mind. Finally my wife started pushing me to write as she knew I was passionate about it, so I sat down in a month and finished The Weapon in July, 2016.

During the process of writing it and setting some of the world in stone, I had to really sit down and hash out some things with Torrea. I had some problems with it being too similar to other fantasy worlds and I did some massive overhauls. Now it has transformed into its own world! There are still a lot of similarities, because I like classic fantasy. There will be your basic Dwarves, Elves, Orcs, and other races, magical weapons, and yes dragons! All these things are classic fantasy but I am putting my own (sometimes major) twist on them. Plus there will be a lot of new stuff that I have created (yes, there is “nothing new under the sun”, but I claim these because I have never seen anything very similar to them before). There are Athreians, Thulak, Mina’Rakk, Battrin, and much more.

Now I have to apologize. This was supposed to be why I write and how I got started but it turned into telling you about Torrea. Although I am not truly sorry, as I said I am passionate and when I get to talking about this stuff I just go on and on and on and… well you get the picture.

So there you have it, why I write and how I got started. I hope you have enjoyed this little glimpse into what makes me… me. Plus a little insider on Torrea and what I have planned for my books in the future. Most of the books will be set in this fantasy world, Torrea, but I have quite a few other ones that will not be– Zombie Apocalypse (Outbreak), steampunk style anti-magic, post-apocalyptic with crazy creatures and other surprises, good vs bad vampires, and more. And those are just the ones I have thought of, there are so many more that I have not even been inspired to write yet. So hold on and sit back, I am just beginning what will be a long and awesome journey as a writer and I invite you to join me. We have a long fun road ahead of us and even if I only do half of what I want to you will not be disappointed! 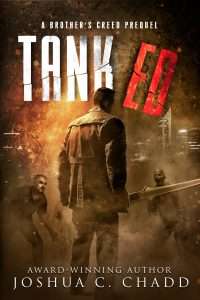